Fun Funerals and The Bachelor

I have a couple of different things to tell you and limited time to do it, so let’s get started. You know I like to share any type of unusual funeral behavior so I thought you would appreciate this tidbit, especially if you’re a fan of Burger King.

“David S. Kime Jr., 88, a resident of York, enjoyed eating all-things-fast-food so much that a day rarely went by without him having one of his favorites on the menu. The World War II veteran loved hot dogs, tacos and hamburgers. However, he was particularly fond of Burger King’s WHOPPER JR.

He liked his WHOPPER JRs.,” said Margaret Hess, general manager of the Manchester Township Burger King restaurant. While she didn’t personally know Kime, she recalled his face, warm personality and his favorite sandwich when he dined at the fast-food location.

She prepared 40 burgers and one for the deceased, when family members called ahead with plans to use the drive-thru for the funeral procession. At the funeral, his daughter placed his favorite sandwich atop his casket before it was lowered into the ground.”

Remember Burger King’s slogan: “Hold the pickles, hold the lettuce, special orders don’t upset us. All we ask is that you let us serve us your way.” (which obviously includes even if you’re dead in a casket.) 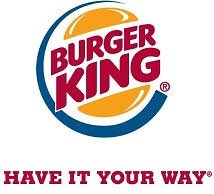 The other customers in the drive-thru line probably weren’t very happy about it. I know how much I hate long lines, especially when it comes to food. But a fun story nonetheless.

Next, I had one of those moments yesterday where you have to say, “Oh, what a small world.” The corporate offices of my boring day job are in New Jersey and my boss’s boss  flew into LA yesterday. He’s one of the top guys in the company, and yesterday I met him for the first time. We got to chatting and it turns out he grew up not too far from where I grew up, and I always mention the Donohue funeral homes because, well, let’s just say, it’s a well-known name in the Philadelphia area when it comes to death. As it turns out, his father’s funeral was held at one of my uncles funeral homes (they have five now). Naturally, I asked if they did a good job, he said they did and I was glad to hear that.   Quite a coincidence, isn’t it? I also think it scored me a few points with him. It’s kind of like my relatives took good care of one of his relatives, so therefore I get a few points for that….and my exposed nipple probably didn’t hurt either (just kidding, my nipples were in their rightful place.)

Next on the agenda is The Bachelor. For those of you who have been reading for awhile, you might remember last season and how I got hooked on watching all the dumb girls cry. Well, thankfully this season is no different. There are lots of tears and hysteria over this boring, stick-in-the-mud guy (in fact, he’s such a bore that I can’t even remember his name right now and I can’t be bothered with googling it). Naturally, all the girls are totally in love with him, because it only takes a week or two and a total of 10 minutes spent together in order to fall in love with a guy you have to fight over with other crazy broads.  One girl was crying hysterically and stated that she “can’t be tortured like this anymore.” Lots of LOL-ing on that one.  And here she is:

Her name is Tierra and she is the one to keep your eyes on, as she will be wreaking havoc on all the other dumb girls and the viewers. She’s such a little psycho, and yes, I realize I am part of the problem and not the solution by watching this trash, but my excuse is that i have no cable, therefore no National Geographic channel, which means no shows about monkeys or other educational programming. But let’s face it, desperate, broken-hearted girls sobbing over a guy they barely know is almost as good as monkeys. Okay, no it isn’t….but I’m still watching aren’t I?  It’s sick, I know. There’s one girl who was born in Iraq and won’t kiss the Bachelor because her mother won’t approve of it, and she talks to him in her little, sexy baby voice. Think Kim Kardashian in diapers. By the way, what is Kim gonna do when her baby has more of a baby voice than her? She and her baby will get into a sexy, baby talk competition, but the baby will win for authenticiy.

Also on the Bachelor is a pretty girl who is missing half of an arm, and where do they go for fun?  To a roller derby rink!!  All of the girls were bumping into each other and falling down and the poor girl with half and arm was totally struggling. You try hoisting yourself up with one arm and wheels on your feet! And you KNOW this was not a thoughtless mistake by the producers of the show, this makes for good TV in their minds, because the one-armed girl showed her “strength and determination” by getting in there and mixing it up with the two-armed girls. It’s all so wrong, and I keep watching it.

I should probably get back to work now. I hope you’re having a fabulous day, and remember Valentines day is right around the corner, so give your lover some candy this year, and by candy I mean Celestial Treats, not your genitals. 😀

My name is Celeste Donohue and I am a writer/comedian who started this blog to tell stories about my life growing up in a funeral home and my adult life which I have spent in Hollywood, California – hence the name, “Death To Hollywood”. Hopefully, you like to read those kinds of stories. If not, go read something serious and boring.....
View all posts by Death To Hollywood →
This entry was posted in celebrities, death, family, funeral home, funerals, Hollywood, weird and tagged Burger King, Celestial Treats, Donohue funeral home, Drive-thru funeral, The Bachelor. Bookmark the permalink.

6 Responses to Fun Funerals and The Bachelor