Penetration and The Bachelor

I hope you’re having a fabulous weekend. I was very busy this past week because I’ve been doing a lot of penetration and I also had a comedy show. If you’re wondering what I’ve been penetrating, it’s new places to sell my candy. It’s a sales term, it’s called “penetrating an account.” Since my sister and I both work in sales, we love to use this term, and I’ve also noticed that it’s a term often used in sports, especially “double penetration.”  I don’t know what that is when it comes to sports but the fact that it sounds so dirty is what makes me like it. But I must say that all that penetration left me a bit tired.

I wonder if The Bachelor is also tired from a lot of penetration. Have you been watching this trash? Last week, the trouble-maker, psycho girl, Tierra,

got hypothermia when all the girls  jumped into sub-zero waters in an effort to prove that they are fun and spontaneous broads. She really played it up, sitting in the car, shaking like a leaf with mascara running down her face. This of course, was all an effort to get the guy’s attention and to spend some alone time with him. She had an oxygen tank next to the bed when she got back to the house, and as soon as she knew he was coming into the room, she put the little tube in her nose and immediately started talking in her baby voice.

Help! I have hypothermia..

Meanwhile, the other girls are on to her and her little tricks, and are livid that The Bachelor is too dumb to see it….because remember, this is all real! Every girl there is “falling in love” with him and have the tears to prove it. Doesn’t he know how much they love him, and that they would do anything for him?? God, he’s dumb if he can’t see how real their love is! By the way, every season, the Bachelor is too dumb to see the manipulation of the “evil” girl, who will do anything to win his love…and I do mean anything!

Another girl said it was time to open up to him, tell him her real feelings and show him that she knows what is important in life. Of course, she learned what’s important by growing up poor. She confessed that before she lived in a trailer park, she lived in a tent with her family for months. A tent!! And of course, the irony is that she’s telling him all this while they are having a romantic moment in a….TENT!  Well, on the show they were calling it a teepee but I’m pretty sure, tents and teepees are in the same family. The actual line was, “I opened up about spending some of my life in a tent, and here I am falling in love in a teepee.” C’mon! If that’s not real love, then what is? If you can’t fall in love in a teepee, why  bother loving anyone at all? 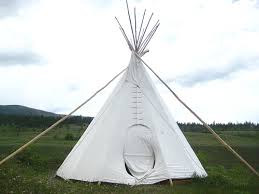 He did send the girl home with half an arm, which surprised me, because he said there was “no chemistry” and chemistry is obviously a euphemism for the lower half of your left arm. I really thought he was gonna keep her around until the end to make it look like he didn’t care about her arm, or lack thereof, but I was wrong. Poor girl.

Anyway, you should tune in because things are sure to get even funnier, in the teary, pathetic, desperate way that I love so much.

I’m also glued to this story about the cop who’s gone “rogue,” and there is currently a state-wide manhunt in progress to find him. LA law officials are getting ready to offer $1 million for information leading to the arrest and capture of this guy. I feel like it’s a movie and the pitch would be “Think Rambo meets The Fugitive.” If you haven’t been following the news,  he also wrote some manifesto outlining the warfare he plans against the LAPD and oddly enough, gave a shout-out to Charlie Sheen who responded on the news by telling the cop to “call me.” I’ll just say that if you’ve killed a few people, have the entire state of California looking for you and you’re in major trouble, would Charlie Sheen really be the best person to call? I don’t know. Of course, once they announce the $1 million for him, everyone will suddenly see him anywhere and everywhere.

Be sure to tune in to trash TV tomorrow night for The Bachelor, as Susan B. Anthony is turning over in her grave. I hope all my East-coasters were able to shovel themselves out by now and are out sledding or doing something fun with all that snow. I have to go do something productive. Have a fabulous day!

My name is Celeste Donohue and I am a writer/comedian who started this blog to tell stories about my life growing up in a funeral home and my adult life which I have spent in Hollywood, California – hence the name, “Death To Hollywood”. Hopefully, you like to read those kinds of stories. If not, go read something serious and boring.....
View all posts by Death To Hollywood →
This entry was posted in celebrities, death, family, Hollywood and tagged Celestial Treats, The Bachelor, Tierra. Bookmark the permalink.

4 Responses to Penetration and The Bachelor